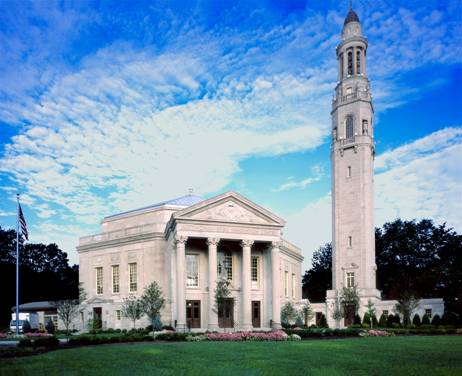 Northeast Ohio is now at the forefront of the adaptive use of sacred landmarks. Decommissioned buildings can become offices, restaurants, and even housing. It is our desire for these special building to transition in a respectful way – a way that honors precious memories and experiences.
Building Availability
Case Studies
Additional Adaptive Uses
Building Availability

LoopNet–LoopNet is an on-line commercial listing service. To search, choose “for sale,” enter “Special Purpose” as the Property Type, and enter the location. This search will give you all churches in a location, regardless of listing agent.

The case studies below demonstrate the adaptive use of sacred landmarks. 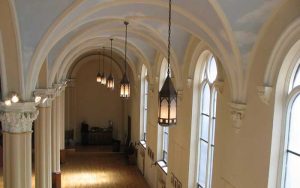 Josaphat Arts Hall / Convivium 33 Gallery is a community center focused on the arts with a hall for social events, concerts and weddings; an art gallery and studio-workshop spaces, created within a 1915 Catholic church. 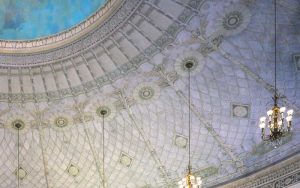 The First Church of Christ, Scientist was rehabbed for the Nottingham-Spirk Design Associates, an internationally recognized industrial design firm.

St. Mary Seminary adapted by the Hitchcock Center for Women as a rehabilitation center that focuses on women and their families.

Below are examples of a number of sacred landmarks that have been adaptively used.  They are meant to promote debate on new uses.

Newton, Massachusetts: A former Science Christian Church in Boston is transformed into condominiums with parking in the lower level, two stories of housing, and a two-story library in the steeple in one unit. Although not a tax-credit project, this building does have a façade easement.

Netherlands: This former Dominican church has served as a warehouse and a bicycle storage unit in its 800-year history. Now transformed into a bookstore, it features a café in the choir.

Pittsburgh: This popular brewery in “The Strip” district of Pittsburgh has the brewing tanks in the front of the church, something many would find disrespectful.  The Catholic Diocese of Cleveland will prohibit “profane” uses of the buildings they will be selling.

Newark, New Jersey: This church,  listed on the National Register, now houses a collection of offices and restaurants.

Nashville, Tennessee: Tuck-Hinton Architects in Nashville created a striking office out of a very historic church on the outskirts of Downtown Nashville.

Seattle, Washington: Taking a green approach, a developer has created luxury condominiums in the First Church of Seattle on Capitol Hill.

Beloit, Wisconsin: This church was one of the first Catholic Churches in Beloit and has been adapted into the Angel Museum.