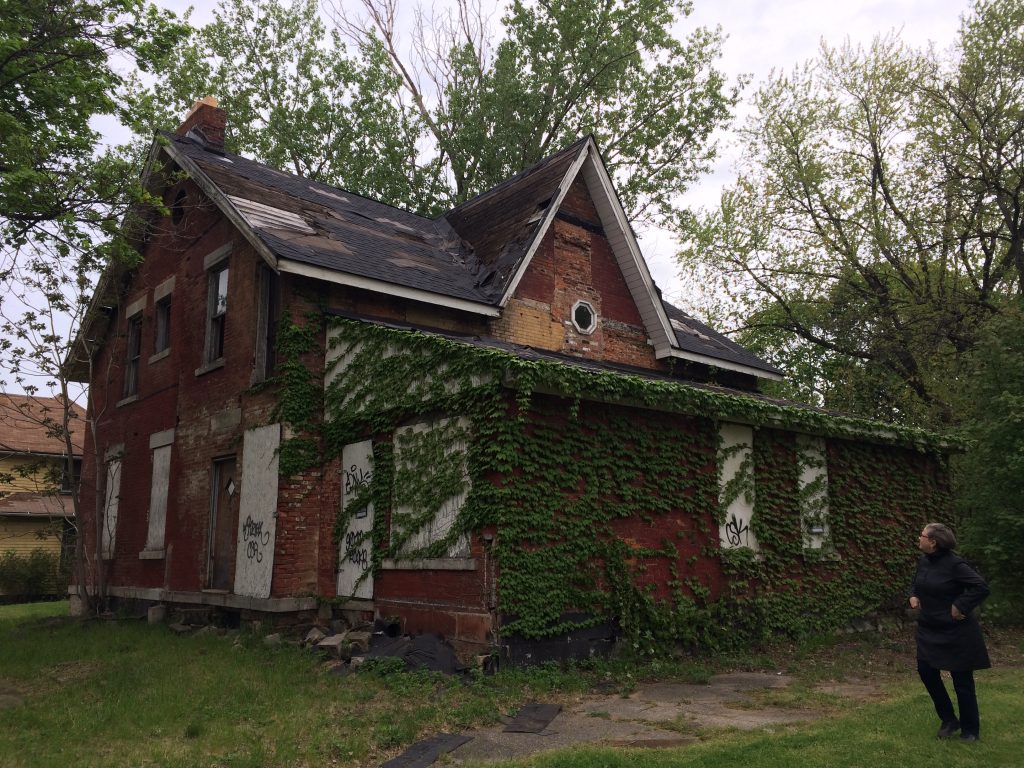 The Cleveland Restoration Society (CRS) is disappointed in the demolition of the Luther Moses house on Lexington Avenue in Cleveland and mourns its loss. The house, originally constructed in ca. 1854, was one of the earliest remaining buildings of this period on the east side of Cleveland.  It was the home of renowned Great Lakes shipbuilder Luther Moses. The building was a designated City of Cleveland Landmark.  CRS had been working since June of 2019 to stabilize and save the structure. CRS took this project on knowing that it was a high-risk, threatened structure in great need. A task force was formed and worked diligently over the ensuing 15 months to raise funds for stabilization, document existing conditions and conduct historic research.  In addition, many community organizations, neighborhood members and stakeholders were engaged in an attempt to find a path forward. The Cuyahoga Land Bank worked in partnership with CRS, allowing access to the property and granting permission for CRS to have the roof tarped, the landscape cleared and cleaned, and monitor the condition. However, in July of 2020 the Land Bank determined that the building was a risk and pursued a demolition permit with the Cleveland Landmarks Commission. CRS was present at the public hearing and made a request of the Commission to consider a delay in demolition to allow another 12 months to continue efforts to stabilize and save the building. In a close vote, the Commission elected to permit the demolition. In the weeks between the Commission’s determination and the demolition permit being issued, CRS worked with local stakeholders interested in accepting title to the building from the county land bank.  In the end, the compromised condition of the building, and the time pressures imposed, made the situation untenable.  No organization was able to accept title.   Cleveland Restoration Society is saddened at this outcome and has made every effort to document the building’s history.  In addition, a portion of the materials the home was made of – locally fired bricks, hand-hewn stone and Greek Revival-style interior woodwork were salvage for potential future use.