Constructed between 1875 and 1881, the Dall houses are examples of brick homes built in the Italianate and Eastlake styles.  Andrew Dall Sr. was a master mason who immigrated to America from Scotland with his sons who later joined him in the trade.  Their homes are rare survivors, expertly constructed, exhibiting superb craftsmanship. The homes are listed in the National Register of Historic Places and are designated Cleveland Landmarks.

The Dall father and sons are credited with the stonework and/or construction of St. Paul’s Episcopal Church (now the Shrine of the Conversion of St. Paul, 4120 Euclid Avenue), the Soldiers & Sailors Monument (Cleveland Public Square) and the Union Club (1211 Euclid Avenue).  The Dalls are also credited with constructing many notable Euclid Avenue mansions, including those of Sylvester Everett, Samuel Andrews, Charles Brush and Charles Bingham, all demolished. 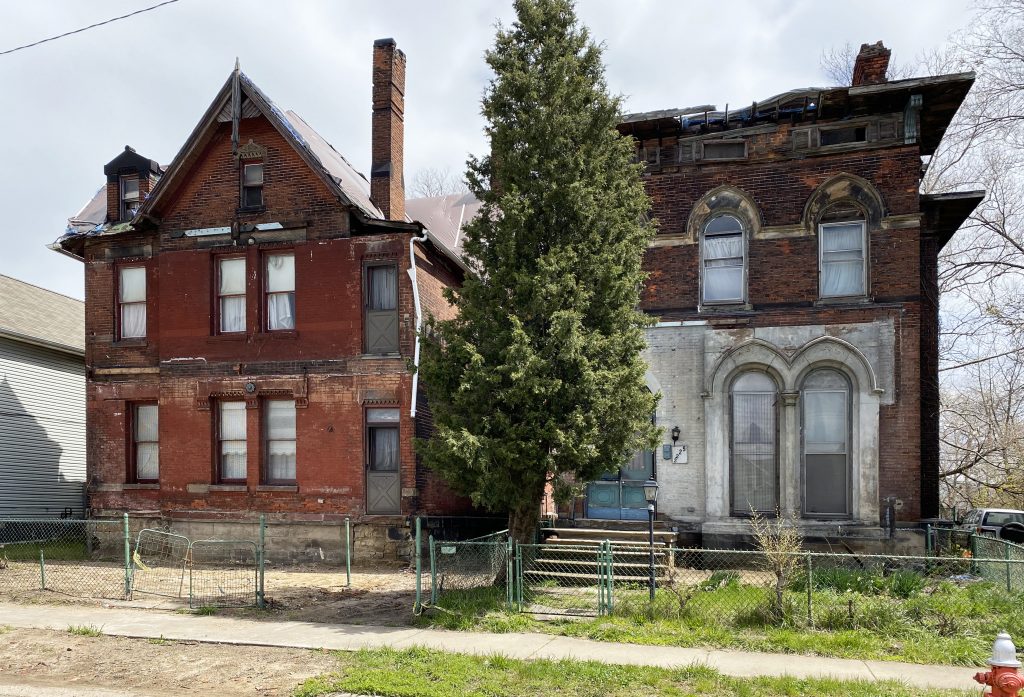 For over 40 years, the James and Frances Mays owned and cared for the houses, making one their home, and renting the other, always honoring and respecting the Dall history. The Mays are responsible for having the
properties landmarked and designated. 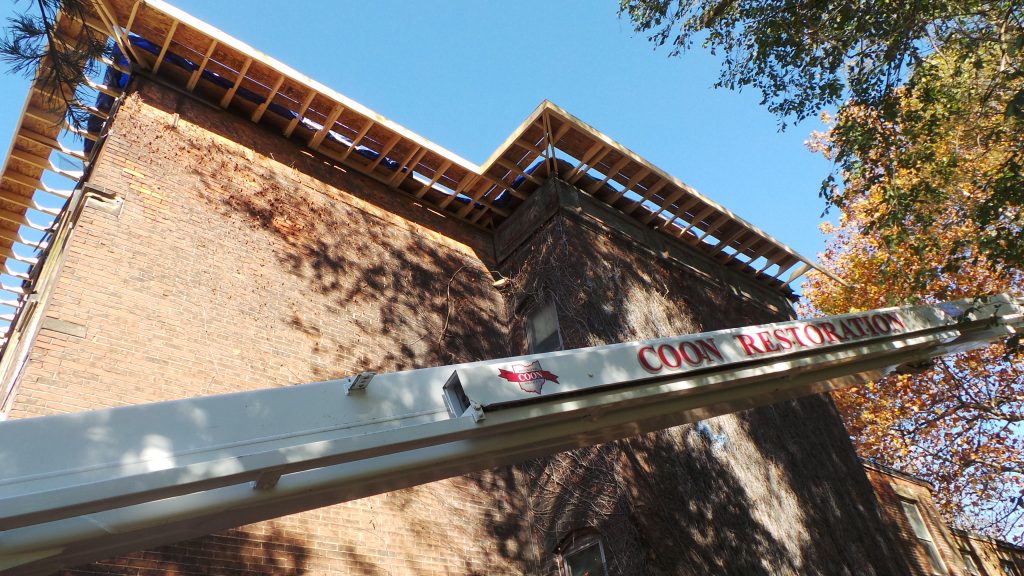 The Society has stepped forward to assist surviving relatives with the stewardship of these homes. A task force has been formed and a stabilization plan put into action. With the cooperation of Cleveland’s Building & Housing Department, hazardous porch additions were carefully removed. CRS recently arranged for the homes to be cleaned out and is thankful to Dumpsters.com for donating dumpsters. A complete roof renovation is underway, ensuring the properties will be water tight and safe from winter weather. A special thanks to Coon Restoration and Sealants for their invaluable donation of labor to secure the masonry at the roofline. Thanks to our other partners, Frost Architectural Preservation and 1st Choice Roofing for their work on this project. Many thanks to KeyBank for partnering with CRS on this project. The stabilization of these homes has been made possible by support from the Ingalls Foundation, the 1772 Foundation and the Ohio History Connection.

Rehabilitation of the James and Andrew Dall homes listed in the National Register of Historic Places is made possible in part by a Federal grant from the U.S. Department of the Interior, National Park Service, administered by the State Historic Preservation Office of the Ohio History Connection. 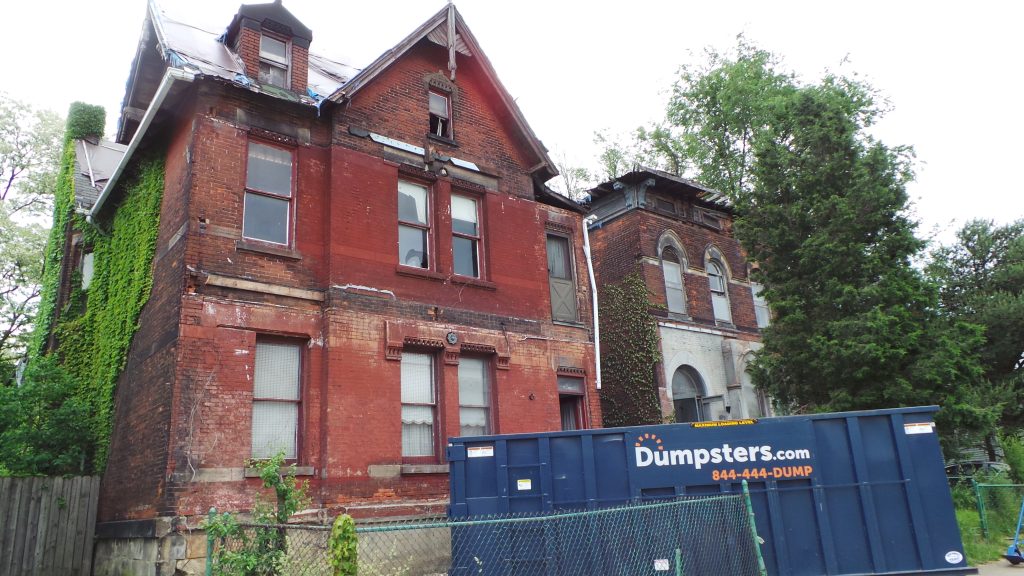