The Cleveland Restoration Society (CRS) has been awarded a $50,000 grant from the National Park Service for its project entitled “In Their Footsteps: Developing an African American Civil Rights Trail in Cleveland, OH.”  The project involves the installation of ten (10) Ohio Historical Markers at the “top ten” sites in Cleveland associated with the struggle for civil rights for African Americans between the years 1954 – 1976.  The struggle for civil rights continues today, as many Americans face inequities in housing, education and the criminal justice system.  By marking sites in Cleveland where events took place which were pivotal to changes in federal legislation and Black empowerment, our community will honor the courage and steadfastness of those who brought about this legislative and social progress. Beginning in October 2019, it is anticipated this project will take three years.

On February 19th, 2021, the Cleveland Restoration Society officially announced the first three (3) locations of several Ohio Historical Markers to tell the story of civil rights in Cleveland. The markers will point out history-making civil rights events from 1954 to 1964 (The Modern Civil Rights Movement) and 1964 to 1976 (The Second Revolution). The first three (3) site selections are Cory United Methodist Church (Cory UMC), located at 1117 E. 105; Glenville High School, 650 E. 113; and a location in the city’s Hough neighborhood. On February 2nd, 2022 the Cleveland Restoration Society announced the Ludlow neighborhood, Greater Abyssinia Baptist Church, and Olivet Institutional Baptist Church as the next three Civil Rights Trail marker sites. On March 9th, 2022, the Cleveland Restoration Society announced an Ohio Historical Marker in honor of Carl B. Stokes, the 51st mayor of Cleveland and the first Black mayor of a major American city, expected to be installed at Cleveland City Hall this summer.

In commenting on the Civil Rights Trail, Baker Hostetler partner and CRS Board Chair, Scott Holbrook, stated: “CRS believes that learning from the past can help shape an equitable future, and we will do our part by telling the meticulously researched story of each site along the Trail, while relating it to our current times. This is a challenge we are proud to take on.”

According to researchers and scholars, Cory UMC was the largest Black church in the city during the 1950s and 60s. Through the many services the church provided, it became a key venue for organizing and a key platform for influential civil rights leaders to speak to predominately Black listeners. W. E. B. Du Bois (1950) and Thurgood Marshall (1951) addressed the congregation from the pulpit. Dr. Martin Luther King, Jr. spoke there numerous times. An estimated 5,000 packed the sanctuary and streets outside Cory during a visit by Dr. King on May 14, 1963. The Cleveland chapter of the Congress of Racial Equality brought Black author Louis Lomax and Malcolm X to speak on April 3, 1964. It was then that the Muslim minister and human rights activist delivered the first iteration of his speech, titled The Ballot or the Bullet. Cory also played an instrumental role on the grassroots level, holding election campaign rallies, voter education, and registration drives. Established in Cleveland in 1963, the United Freedom Movement (UFM) held many meetings at Cory. The UFM fought for education, employment, health, housing, and voting rights. Rev. Sumpter Riley was a top leader with the organization.

Glenville High School
The CRS African American Civil Rights Trail Committee chose Glenville High School as one of the trail sites because of its location and the uniqueness of the speech given to high school students by Dr. Martin Luther King in 1967. He targeted his message at young people and their ability to participate in non-violent, social change. There is great relevance in the speech, delivered on the verge of the city electing its first Black mayor, Carl Stokes. Further, the committee realized a strong correlation between the message of Dr. King and the Black Lives Matter movement of today, and its young leaders.
Such a site location presents an opportunity to speak directly to the next generation. And it recognizes a time when Cleveland youth were engaging in a new movement. For a full recording of the speech, click the following link: http://media.cleveland.com/pdextra/audio/MLK-Glenville.mp3
Hough Neighborhood

The Hough Uprising occurred in the summer of 1966. It is said to have been the result of a dispute in a café at E. 79th and Hough Avenue. Whatever the case, days of vandalism, looting, arson, and gun violence, stemming from years of racial tension and discrimination against black residents, resulted. Hough was selected because the event is considered the most significant urban uprising in Cleveland, in reaction to substandard housing, criminal injustice, and the lack of public accommodation. Five days of violence ended with four people dead, 50 injured, and 275 arrested. The event made a lasting impact on the city. 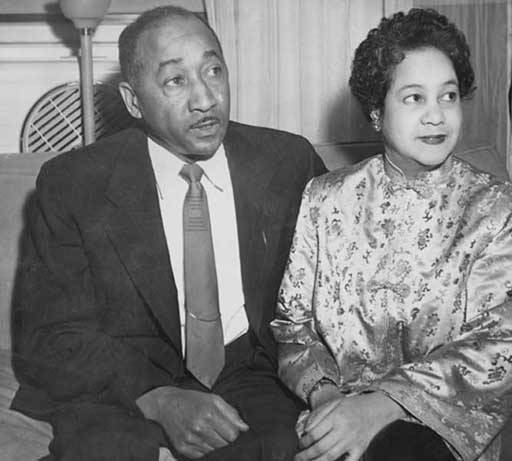 This organization set a national example as a neighborhood development model that was created to counteract prevailing prejudice against black buyers in white neighborhoods. Established in 1957 after the bombing of a home that belonged to an African American family, it remarkably reversed white flight and maintained a well-balance, integrated neighborhood for at least 30 years and rebuked widely-held beliefs about integrated living. To maintain racial balance, residents created the Ludlow Company in 1961, which raised money for prospective white homebuyers who lacked funds for a down payment. Its efforts received national recognition from politicians, journalists, ambassadors, and others. 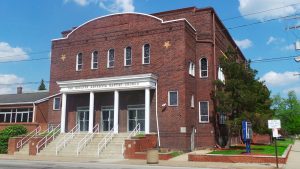 During the heyday of the civil rights movement, the Greater Abyssinia Baptist Church served as the headquarters of the United Freedom Movement, which was an organization comprised of Black and White civic organizations such as the National Association for the Advancement of Colored People, the Urban League, Congress of Racial Equality, and various other groups. The group was incremental in challenging segregation and overcrowding in the Cleveland public school system. After the Hough Uprising, Pastor Theophilus Caviness requested Dr. Martin Luther King to visit in an effort to prevent further violence.

As one of the largest African American churches in Ohio, the Olivet Institutional Baptist Church was a civil rights hub under the leadership of Rev. Odie M. Hoover who was known for his connection to Dr. Martin Luther King, Jr., and his work to advance civil rights. Hoover made Olivet the headquarters of Dr. King whenever he visited Cleveland. In 1966, it opened the O. M. Hoover Christian Community Center to provide fellowship and recreation services for its members and the community at large. In 1974, Civil Rights activist Rev. Otis Moss, Jr. became pastor at Olivet and worked continuously to improve the quality of life for residents in the Fairfax neighborhood.

Carl Burton Stokes will be recognized with an Ohio Historical Marker located at Cleveland City Hall. Stokes made history as the first African American mayor of a major American city, having been elected mayor of Cleveland, the nation’s 8th largest city, in 1967. He is among the few American politicians whose career spanned all three branches of government. He served as mayor, Ohio legislator, and municipal court judge. As mayor of Cleveland, Stokes greatly influenced politics in the city. He secured more jobs for Blacks in Cleveland than any time previously and was emphatic that Black businesses receive city contracts and that banks lend money to the Black-owned businesses. Stokes obtained funding for urban development from local corporations and the federal government. His novel Cleveland: NOW! antipoverty program secured over $170 million for jobs, housing, day care, health, and recreation. During his time as mayor, he enforced housing codes, demolished slums, and built 5,500 public housing units.

We wish to thank the following companies that have pledged $10,000 to sponsor a marker on the African American Civil Rights Trail: 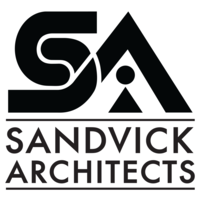 Northeastern Ohio area marker sponsors are: BakerHostetler, City Architecture, Cuyahoga County, Marous Brothers Construction, Sandvick Architects, and a generous anonymous donor.
The African American Civil Rights Trail is supported through a grant from the African American Civil Rights grant program as administered by the National Park Service, Department of Interior. The views and conclusions contained in this document are those of the authors and should not be interpreted as representing the opinions or policies of the U.S. Government. Mention of trade names or commercial products does not constitute their endorsement by the U.S. Government.
This project is also made possible in part by Ohio Humanities, a state affiliate of the National Endowment for the Humanities. Any views, findings, conclusions, or recommendations expressed in this document do not necessarily reflect those of the National Endowment for the Humanities.